Yesterday, I was amongst the people standing outside, protesting for our religious rights. Not only was I one of the thousands of people amongst the crowd, I was one of the leaders that organized the relief efforts outside.

You went on the news last night, and declared you were going to “war” with the American people, so I wanted to write you a little note in response. I need to remind you that we the people, are the reason why you are in office. We the people have shown up not once, not twice, but three times in the last month to ask you to listen to our concerns.

You were quoted saying that this is a ‘public health issue,’ and that is why you are pursuing this. My question to you is: where is the crisis at hand that you feel the need to go to war with us?

There was an amendment added to the original bill, that would allow for unvaccinated children to attend daycare, private and religious schools and be amongst the general public. How is that a fix to the ‘public health’ issue that you speak of?

I am a business owner in the state of NJ and I am wondering what the law would do to me if I were to ask someone what and how they practice their religion or if I didn’t hire someone based on vaccine status? Do you feel that you are above the law? Why is it not ok for me as a business owner to discriminate, but you as the government to discriminate?

I promise you, we are now awake and conscious of what is happening in our state and in our government. Bill S2173 has awoken a majority of the people. It is now my goal to educate the people not only of what’s happening in the government, but also to educate the people of vaccine safety! Parents should have the right to make decisions for their children based on their research and education - regardless of being pro- or anti-vaccine. It is unconstitutional to take away that right. That is why the thousands that have gathered in protest are on both sides of the vaccine debate - because the people are fearful to have their decisions made for them.

In America, we have the rights to parental choice and medical freedom and the government should never step in and say otherwise unless there is a true crisis, which in this case, there is not.

In your interviews, you said, “show me the science”. Well, I also ask you the same question. Robert F Kennedy Jr. just won a case in NY that proved that vaccines have not been tested in 32 years! In 1986, Ronald Reagan passed a law indemnifying pharmaceutical companies from being sued for vaccine injury. In that law, vaccine studies were supposed to be released every 2 years. Where are the studies? Show me the science that proves vaccines are safe in 2020.

Senator, I beg you to take the blinders off, to push aside the bribe money and to listen to the people. Our children are dying, they are sicker than ever and you are in charge! This is happening on your watch.

How about instead of going to war with the people of NJ, you try and work with us and make this a better place to live? Or how about you start going after the real problem here, which is the pharmaceutical companies? ​

​We are not a few hundred, we are thousands and growing. We will not stop until our children are safe and protected! We will not stop until our right as parents to choose for our families is protected! If you decide to continue making us the enemy, I promise you we will wake up the masses and vote you out of the office we, the people, placed you in. Because that too, is our constitutional right. 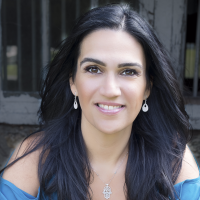 It is my pleasure to work with you on your emotional, mental, and physical being. I’m here to help you find the balance and connection between your mind, body and soul. We were all brought here for a reason and to fulfill a purpose. It’s time to become the best version of YOU. You deserve it and it is my mission in life to help you achieve that. I truly believe you have the power to create the life you’ve always desired.- and I can help you. I’m looking forward to learning and growing with you! XO Shilamida